Put the King Of The Ring Back on Pay Per View

Wrestling Twitter went crazy last week when the WWE announced the return of the prestigious King of the Ring tournament. For many millennials, we grew up kicking off our summers with King of the Ring. It was the first PPV after school was over in most districts. From 1993-2002, it was PPV that let you know which Superstar you would be seeing a lot of come Summertime. After 2002, the King of the Ring went away for a couple of years and would return as either a Raw or Smackdown special. Outside of Booker T’s win in 2006 where he would be known as King Booker and become the World Heavyweight Champion, none of the other winners really stick out. If it becomes a PPV (or WWE Network special) it will have once again have that prestigious feel again, 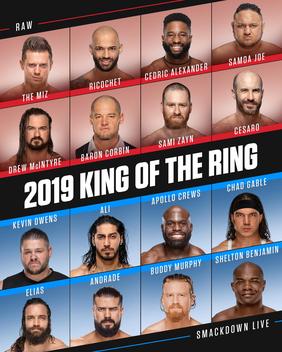 Now I understand Money in the Bank is now in June and has taken the 5th spot in the classic PPVs, a spot that the King of the Ring held for years, but putting King of the Ring back on PPV will give everyone something to look forward to. Things always feel special when they are on pay per view. With this year’s tournament having a lot of match of the year potentials in the first round, along with two former world champions, there is no time better than the present. Regardless, it’s great to have the King of the Ring back, I just hope that whoever wins, takes as much pride in the crown as Owen Hart and Booker T did.