Don’t Forget, Kobe and Shaq Are The Greatest DUO of All-Time.

Recently Kobe Bryant did an interview discussing his career, how he approached the game and his post-NBA life. One of the subjects that came up as it often does was his relationship with Hall of Famer, Dr. Shaquille O’Neal. In the interview, when asked what if Shaq had Kobe’s work ethic, where would he be ranked, Kobe said that he would be the greatest of all-time and that Kobe would have 12 rings! Of course, Shaq didn’t take this lightly and he took a shot back at Kobe. Kobe took the higher road and put this to rest. However, folks forget, these two won 3/4 titles and they didn’t have the love for each other than that they have now. Can you imagine if they did? 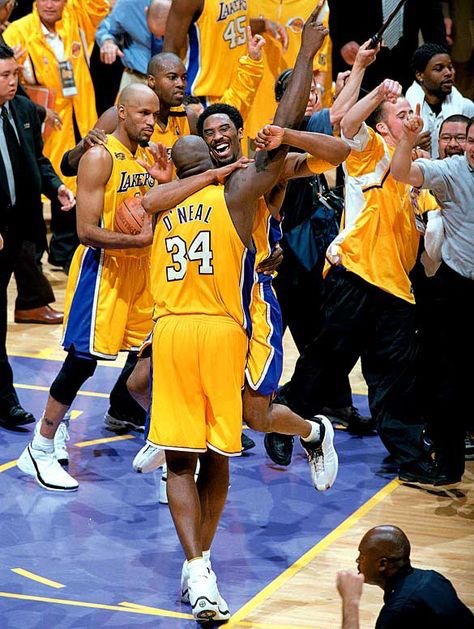 These two won together and separate. There is no denying that they both had Superstars sidekicks once they separated, Shaq had Dwyane Wade, while Kobe had Pau Gasol, however, there is no denying that they were both megastars. While Michael Jordan and Scottie Pippen won six together, there are not a lot of people calling Pippen a megastar. Was he a box office attraction when he played for the Rockets or Blazers? You tell me. Shaq put the Heat on the map and delivered their first championship and Kobe revitalized the Lakers and is a reason they are one away from tying the hated Boston Celtics for the most in NBA history. As Kobe told Shaq in their sit down interview a few years ago, no one never brings up the fact that Magic Johnson never won without Kareem Abdul-Jabaar and Michael never won without Scottie, but had Kobe not won without Shaq we would never hear the end of it. So the fact that we together and apart, along with dominating the NBA for three straight years really makes you wonder, if they would have stayed together how much more would they have won. Shaq says they would have 8. With Kobe saying he would have 12, he must believe that would have won 4 more once Shaq retired. We will never know.