All Elite Wrestling Has a Dynamic Debut in D.C.

Washington D.C. was granted with the privilege of hosting the first ever All Elite Wrestling Dynamite, weekly televised show that will air on TNT. For wrestling fans, it’s a dream come true. Why? Because there are options now. Fans in D.C. showed up and showed out!

As someone who grew up during the Monday Night Wars, I can appreciate more than one wrestling company. When I found out the show would be in D.C. it was a no-brained. I had to be there. As a resident of Baltimore, Maryland, it was only an hour drive to be apart of history. When I got there, the line to get in the Capital One Arena was extremely long. But once fans were in and settled and the opening bell sounded, the energy in that building rivaled John Wall hitting a game-winning shot for the Washington Wizards. That moment I knew, fans were genuinely happy to be apart of history. 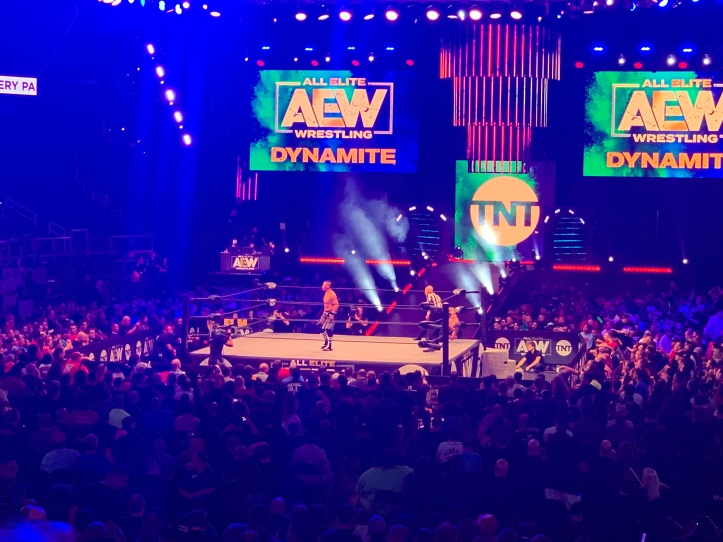 Over the past decade I have been blessed to attend over 100 wrestling shows. WWE, Impact, Ring of Honor, and host of independent shows. Each show feels different. WWE is the big leagues obviously. Fans feel that because they have been watching all their lives they know everything and can book the show. The two Impact shows I attended were Base-BrWls which was outside, so of course that was different. Being in minor league stadiums, fans rivaled being at a minor league baseball game. Enjoying the show, and the interaction with the wrestlers. Ring of Honor without a doubt are diehard fans. Fans who enjoy the in-ring more than the theatrics. Independent shows are always fun because you see kids who are excited just to be meeting wrestlers.

AEW was a breathe of fresh air. From start to finish the fans were fired up. While there were rumors that Jake Hager formerly known as Jack Swagger would be there, no one yelled “I already knew that.” And when there were three bonus matches just for the D.C. fans at the end of the night, fans didn’t rush out of the arena. At the time of writing this, I have not yet watched the broadcast so I cannot, and even if I did I wouldn’t compare it to NXT, but being there was amazing. If you have an opportunity to attend a show, do so. Shoutout to the fans of the Wrestling Wrealm who were in attendance thanks for supporting the show and letting me know you enjoy it. So instead of bashing one company for another, remember the winners are ya fans. We have multiple companies to watch and if our favorite wrestlers do not make it one company they can switch!