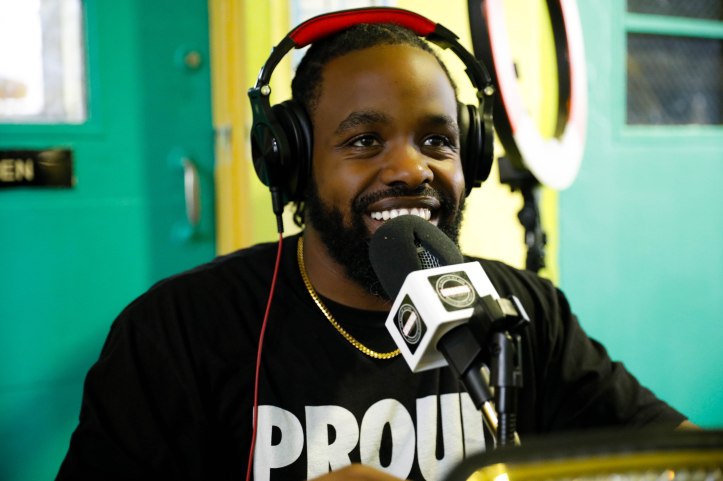 Brian H Waters is a Podcast Producer for The Ringer where he produces MackMania and The Book of Wrestling which is apart of The Ringer Wrestling Show. He has produced interviews with many WWE superstars including Bianca Belair, Alexa Bliss, Randy Orton, Bobby Lashley, Big E and many more.
Brian is also the co-host and co-founder of the Wrestling Wrealm. The Wrestling Wrealm is a professional wrestling talk show that was created by the two of them in 2011 during their time at Morgan State University. He hosts two weekly podcasts titled, Break it Down W/ Brian H. as well as Breaking Through Glass Ceilings W/ Brian H.
Prior to the Ringer Brian worked as a Communications Specialist at Johns Hopkins Medicine where he managed the Twitter account that informs journalists of the latest research from the institution. During his time there, he launched a new video series titled In Case You Missed It, where he produced a news-style video to reintroduce some of the news releases that journalists may have missed.  Within two years, he and his team increased the twitter account by 528%. This led to Waters becoming a two-time Association of American Medical Colleges (AAMC) Award for Excellence. Before making a difference at Johns Hopkins, He worked at ESPN as a Production Assistant in Bristol, CT. During his time there he produced highlights for SportsCenter, Mike, and Mike in the morning and he worked on the SportsCenter social media team. After leaving ESPN, he returned to Baltimore and worked at Fox Sports 1340 where he worked as the Social Media Manager, Broadcaster, Graphic Designer, and Video Editor. During his time at Fox, he covered the Orioles, Wizards, Redskins, Morgan State University, Women’s Professional Football, and other local events. 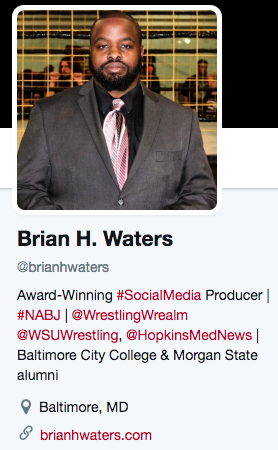